By season 3 of DS9, both Worf and Chief O’Brien from TNG had joined the Moe Sargi I Dare To Lal Ornament In addition,I will do this show as regulars and the uniforms were tweaked once again. You’ll notice that while very similar to thse from season 1, the season 3 uniforms had a deeper V slit and the grey undershirt was more pronounced. Also, the blue on Dax’s uniform became darker. When Star Trek: Voyager premiered in 1995, the uniforms were identical to those used by Starfleet in DS9 at the time that Voyager disappeared to the Delta Quadrant. They would essentially stay the same for the entire run of the show, presumably because they were not aware of the uniform changes going on at Starfleet over the next 7 years. 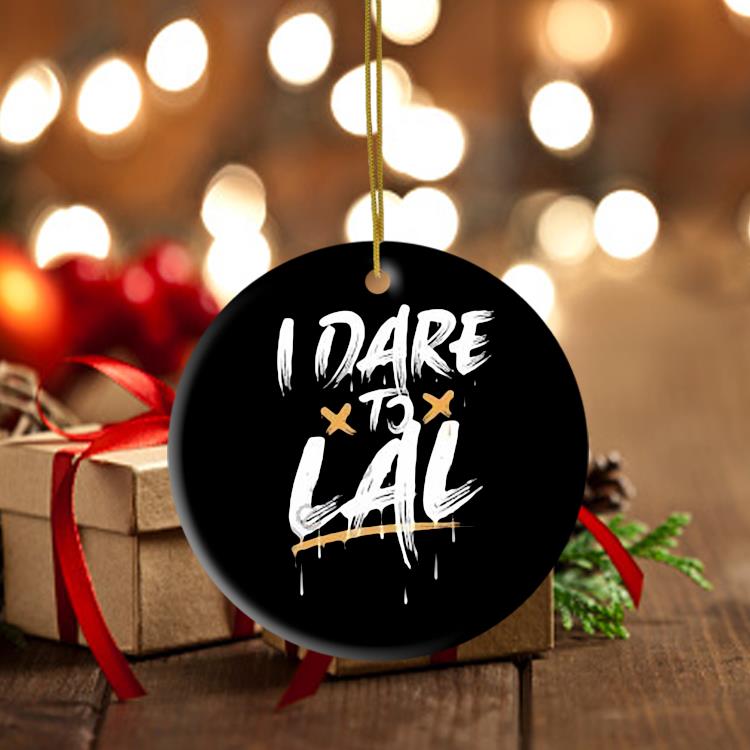 Buy this shirt:  Click here to buy this Moe Sargi I Dare To Lal Ornament